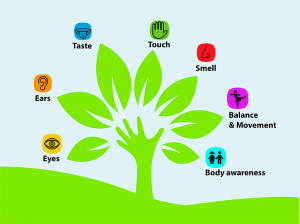 In one of the first randomized control trials studying an intervention for sensory problems in children with autism, researchers found that occupational therapy using the principles of sensory integration (OT-SI) provided better outcomes on parent-identified goals than standard care, according to results published November 10th in the Journal of Autism andDevelopmental Disorders.

OT-SI therapy for autism is based on the premise that difficulty interpreting sensory information affects the ability to participate fully in everyday activities including eating, dressing, learning and play activities. Typical sensations are often perceived as distracting or distressing for children with Autism

“Some children will scream and hold their hands over their ears when the toilet flushes, or can´t tolerate certain textures of clothing,” says Thomas Jefferson University occupational therapist and neuroscientist Roseann Schaaf, Ph.D., from, the lead investigator on the study. “Others don´t use sensation from their body to guide movements and thus have difficulty participating in active play and other movement activities. When we get improved processing of sensation, the children are often better able to participate in everyday tasks,” she says. Schaaf and colleagues collaborated with Children´s Specialized Hospital in New Jersey where the children were treated.

The current standard of care is behavioral training, which reinforces properly completed tasks, but can take up to 25 to 40 hours per week for up to 2 years to see a change in behavior. Instead, Schaaf and colleagues used sensory integration strategies, a form of treatment that is frequently requested by parents. This intervention identifies the type of sensory difficulties and then designs playful activities to help make sense of the sensation. Significantly less time consuming, the intervention was performed three hours per week for 10 weeks.

For example, one goal identified by parents was for their child to take a shower without becoming distressed and exhibiting overly disruptive behaviors. Whereas this behavior would be treated by a behavioral therapist by providing rewards for incremental increases in time spent in the shower, an occupational therapist would assess whether there were any sensory factors affecting this activity. The occupational therapist would assess the child´s ability to tolerate the water hitting their skin, or managing the auditory, visual, tactile, and olfactory sensations during the shower, as well as whether the child was managing their body sensations — called proprioception — and use that information to design specific activities that address these difficulties. Then, the OT-SI therapist might work with the child in a large ball pit to decrease tactile sensitivity and improve body awareness. Importantly, the therapy is playful and the child is actively engaged.

“One approach is shaping the behavior. The other is addressing the sensory needs, and helping children manage them better,” says Schaaf.

There has been some debate among researchers as to whether sensory integration therapy is indeed effective, in part because of lack of rigorously controlled trials.

Dr. Schaaf´s team addressed some of those concerns by blinding the investigators who performed the assessments from knowing which therapy the children had completed. The researchers randomized 32 children, aged 4-8, to either occupational or standard care group, and found that the children in the occupational group scored significantly higher on their goal attainment (an average of over 13 points higher). In addition, using a standardized test of functional skills, the children receiving the occupational therapy intervention also required less assistance from their parents in self-care activities and socialization with others. Problem behaviors associated with poor sensory processing also improved for the treatment group and approached significance.

“The rationale behind this approach,” says Schaaf,

“is that by changing how sensations are processed and integrated by the brain we help children with autism make better sense of the information they receive and therefore use it to better to participate in everyday tasks.” Schaaf´s group is in the process of publishing the treatment manual that describes the intervention used in this study so others can follow it. In addition, future studies will include additional outcome measures and follow children for a longer period of time to determine if changes in behavior are maintained over time without additional intervention. 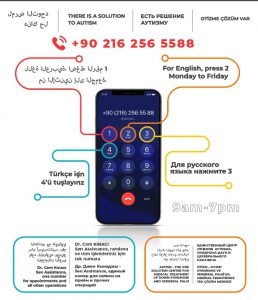